Why Steve is running

While very strongly connected to family and community, Steve Friday grew up as an independent in both thought and political alignment.  Like his fellow citizens, Steve has witnessed the collapse of our government as it has slipped further and further into the grip of corporate control, directed by the very wealthiest people in the world. Steve has seen people mistreated by our government on numerous occasions, and routinely organizes resistance to these attacks. There is now a critical mass of people willing to combat this corruption. This is not a fight to save the democracy we thought we had: this is a fight to create a true democracy. 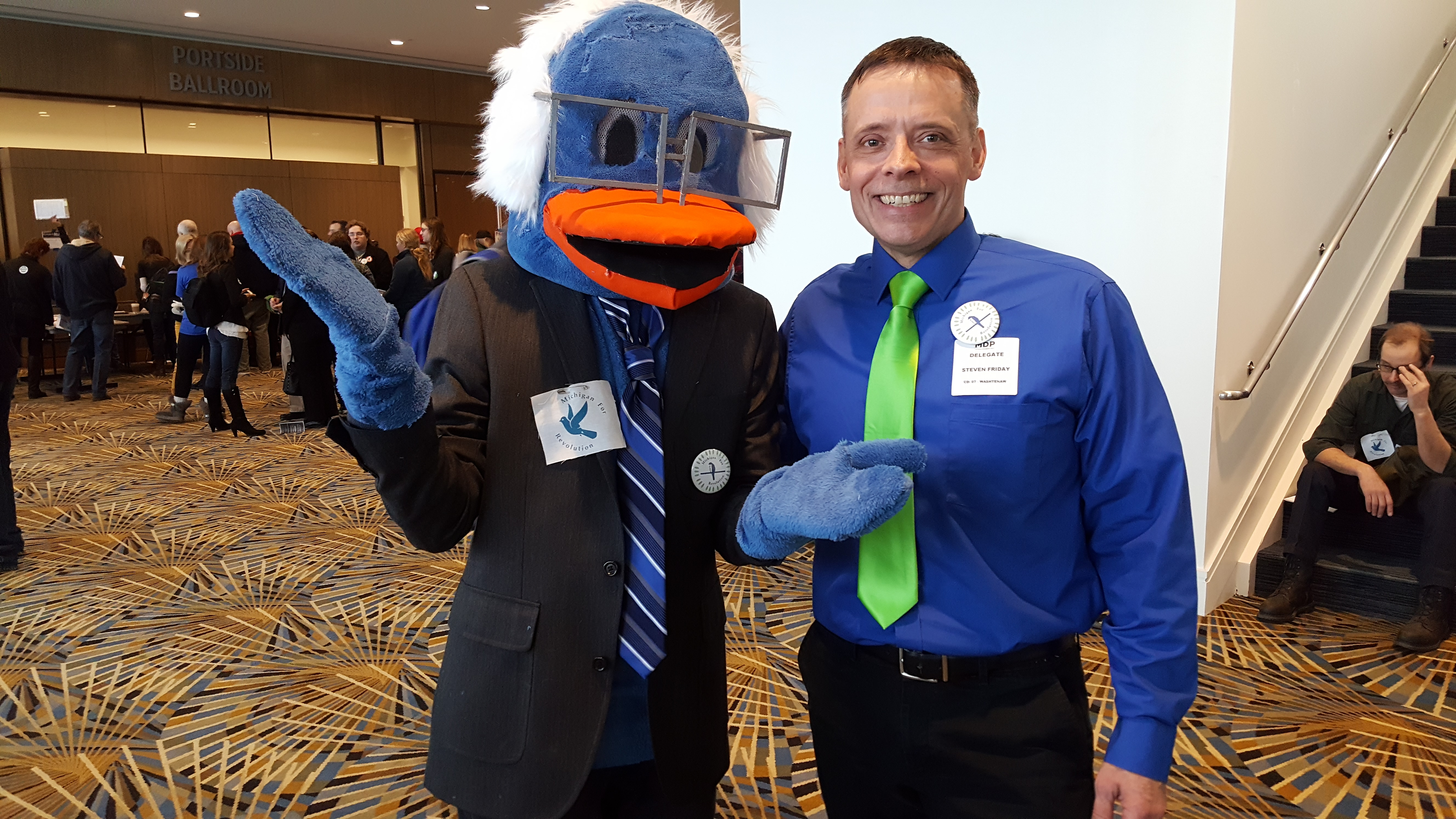 This campaign is part of a movement, and therefore is not about individuals winning elections.  This campaign is about changing the conversation, adopting new principles, and driving a new narrative in which people are treated with the dignity and respect they deserve. Steve Friday will do everything in his power - with every bit of his humanity - to make sure that lives are improved, that people are treated fairly, that real opportunities are available and taken, and that everyone will have the freedom and justice to which they are entitled but have not yet been able to realize.

At last, Friday is here!